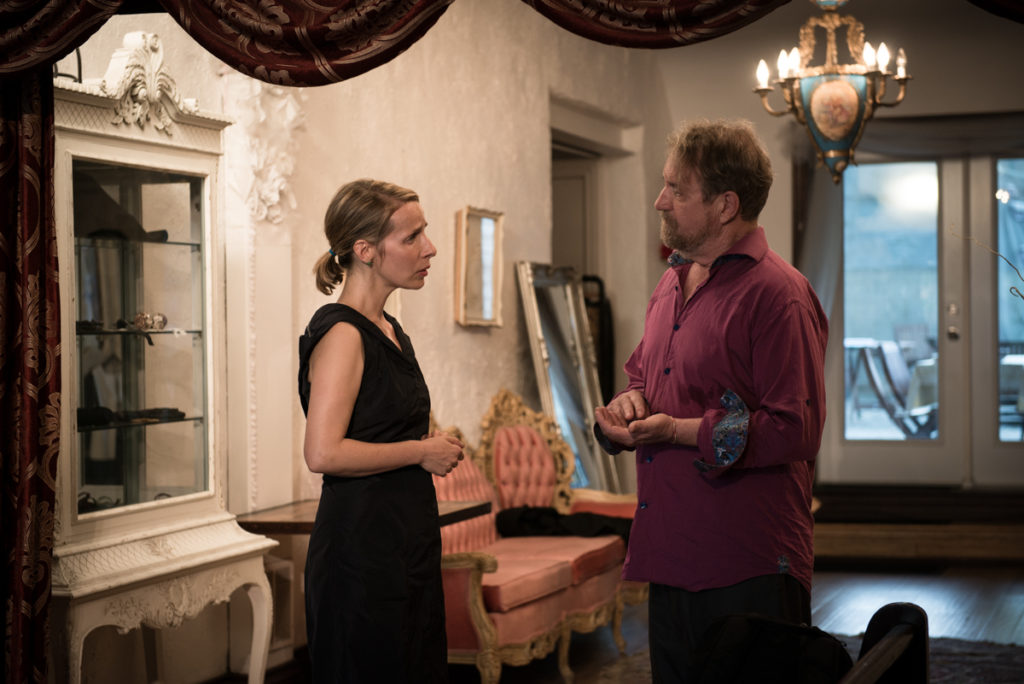 On the anniversary of their mother’s death, three sisters are hurtled back in time when their estranged father shows up with a note stating he has Alzheimer’s. Roy hasn’t seen his daughters Anita, Cece and Marie, in years and it’s a visit that is not entirely welcome. But the present Roy is quite unlike the father they remember. This Roy is affable, sensitive, funny, emotional and loving – in total contrast to the unpredictable, often drunk and abusive father of their memories. As they open to the possibility of having him in their lives they are continuously jarred by the sudden trips into the past they are forced into due to his neurological condition. Marie’s husband, Franco, a former professional musician and all-around dilettante, expounds particle theory while playing Mozart and posits the possibility that restructuring their fractured memories could alter the future from that point forward. What follows is a rapid-fire ride through past and present that illuminates the unreliable nature of memory and how the stories we hang onto define us until the moment we let them go. Inspired by King Lear, memory loss in an aging father, the cost of speaking one’s truth, the devastation addiction can wreak on a family, Ikebana flower arranging, piano prodigies and the multiverse theory known as Daughter Universes, the play explores the possibility that rewriting our memories can alter the past and ergo change the future. It is a playful, poignant and piercing look into the nature of memory.

There will be a 15 minute Q&A with the cast following each performance.