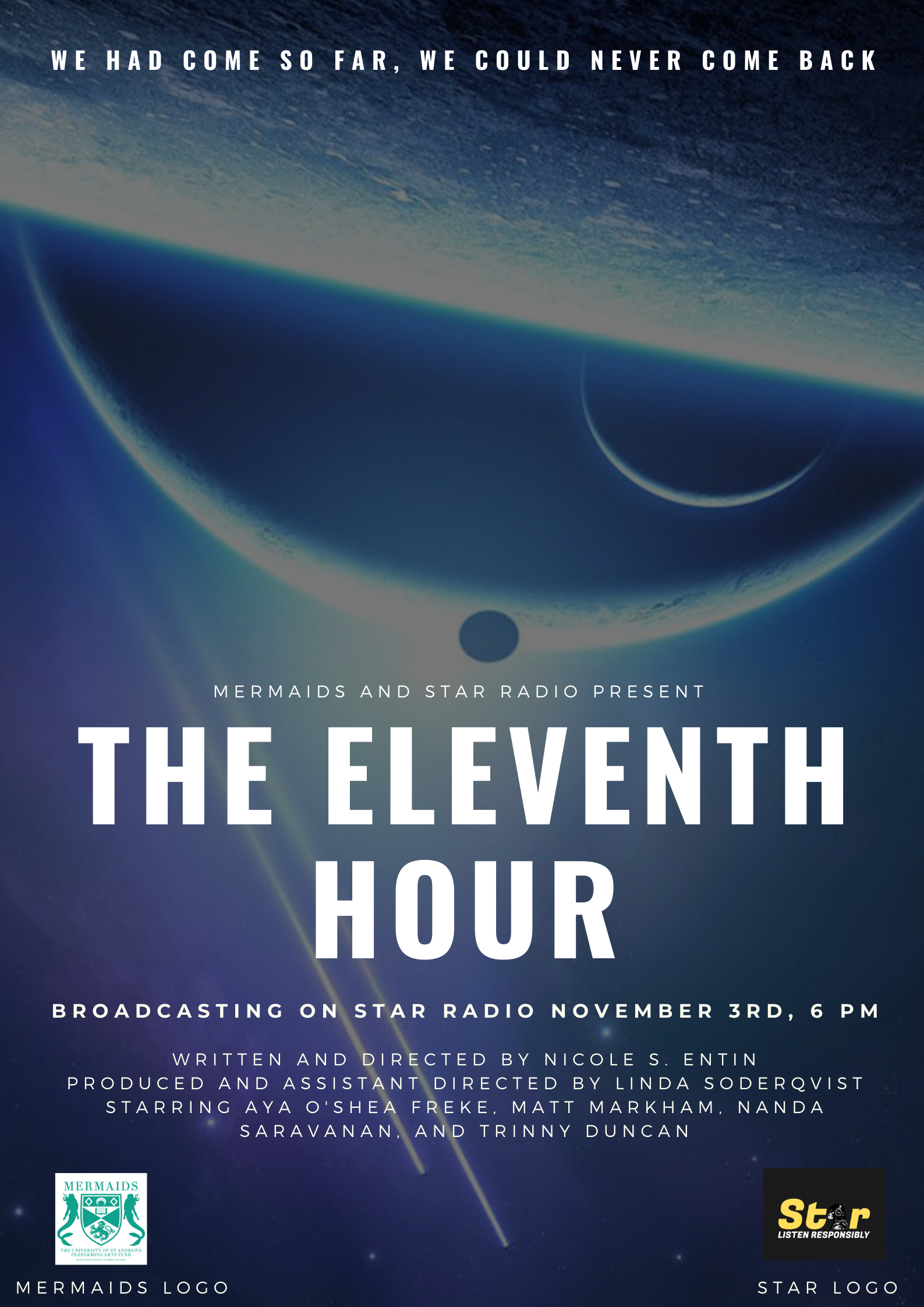 In the distant future, the last of the human race is marooned on a desolate planet as they travel to a new home. Captain Adeline Dunn, paralyzed in the crash, tells a story of hope, isolation, loss, and making the best of the end of the world.
Tune in to the University of St Andrews Radio at 6 PM BST (1 PM EST) on Tuesday November 3rd to hear this new sci-fi radio drama written and directed by Playwrights Guild of Canada member Nicole S. Entin. The show is produced and assistant directed by Linda Soderqvist, and stars Aya O’Shea Freke, Matt Markham, Nanda Saravanan, and Trinny Duncan.
+ Google Calendar+ iCal Export