“Six Characters In Search Of An Author”, Around the World in 80 Plays, co-dramaturgy by Luke Reece 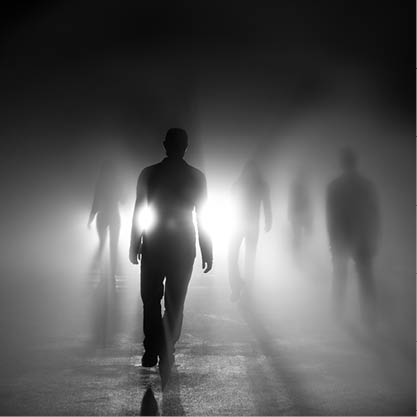 The curtain rises on stories left unfinished. During a routine rehearsal, six strangers show up unannounced declaring themselves fictional characters who would like a word with their author. Finding humour in the absurd, their family drama unfolds in a conflict between illusion and reality. Pirandello’s metatheatrical masterpiece navigates the human search for meaning and the personal desire for control.

“Precisely one hundred years ago, in a theatre in Rome – Teatro Valle – a theatrical event occurred, remembered as probably one of biggest flops of all time, after which theatre will never be the same: the world premiere of “Six Characters in Search of an Author” by Luigi Pirandello. After one hundred years I decided to look at this play not for historical commemoration but as a reminder for theatre not to be “a cup of camomile tea” and that authentic innovation is not always saluted with hurrahs and standing ovations. It is a masterpiece of theatrical engineering, creating an endless spiral in the eternaltenzone (duel) between reality and fiction, authenticity and artifice. With a thick theatrical instinct, Mr. Pirandello offers us a great canvas in which we can display an exchange about theatre in Canada in 2021” said Daniele Bartolini, Director.

AROUND THE WORLD IN 80 PLAYS

Theatre has the power to transport us. While we are at home, Soulpepper is inviting audiences on a guided tour of the rich theatrical practices of the world. Around the World in 80 Plays will present eight audio dramas celebrating the global ‘canon’, with works from Russia, India, Argentina, Jamaica, Iran, Nigeria, Italy, and Canada. Don’t miss some of the world’s greatest stories, performed by Canada’s leading theatre artists, and produced by award-winning audio producer Gregory Sinclair (CBC Radio, Audible).

In partnership with CBC Ideas, your journey will include eight companion documentaries that explore the cultural and historical context from these countries and celebrate how they intersect with contemporary Canadian multiculturalism. Additional Extend Your Stay offerings will deepen your cultural understanding through film, literature, art, and food recommendations. Around the World in 80 Plays departs April 21, 2021, landing in new destinations weekly.