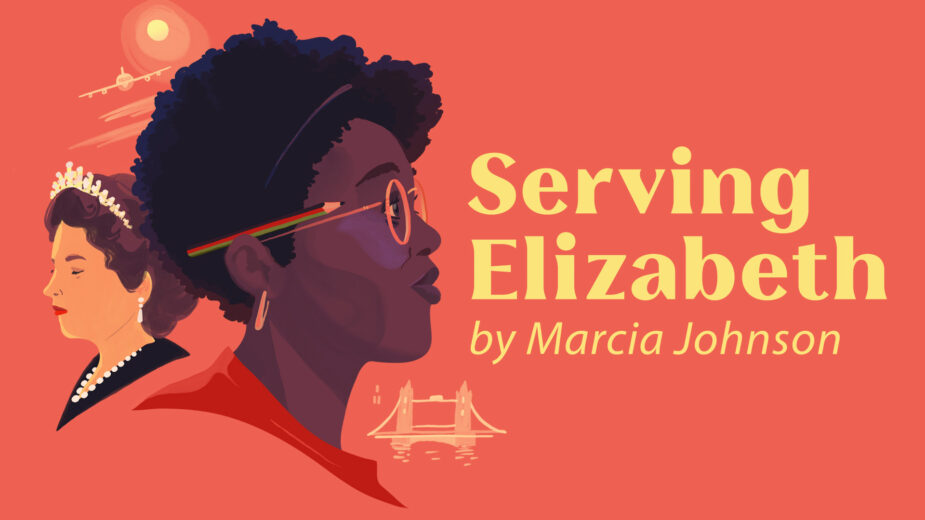 Turning The Crown Upside Down.

Actor and playwright Marcia Johnson was inspired to write this play after watching an early episode of “The Crown” on Netflix. The play premiered in February 2020.

Politics and pop culture collide with unexpected twists as this fascinating new play moves between 1952 Kenya—when an anti-monarchist cook challenges Princess Elizabeth in the moments before she becomes queen—and 2015 London—when a Kenyan-Canadian film student clashes with convention and custom while working on a TV series about the Royals.

The tension between people and politics—imperialism, prejudice, and the irresistible draw of the monarchy—infuses and ignites this exciting new play.

Why I Chose This Play

I was searching for a play that could address this moment of extreme racial tension in which we find ourselves. Serving Elizabeth is that play. In an immediate response to the popular television series “The Crown,” playwright Marcia Johnson argues for inclusion and creates a play as contemporary as this morning’s newspaper. – Michael Shamata