“Mind the Light: A Workshop in Concert” by Avery Jean Brennan and Gabrielle Papillon 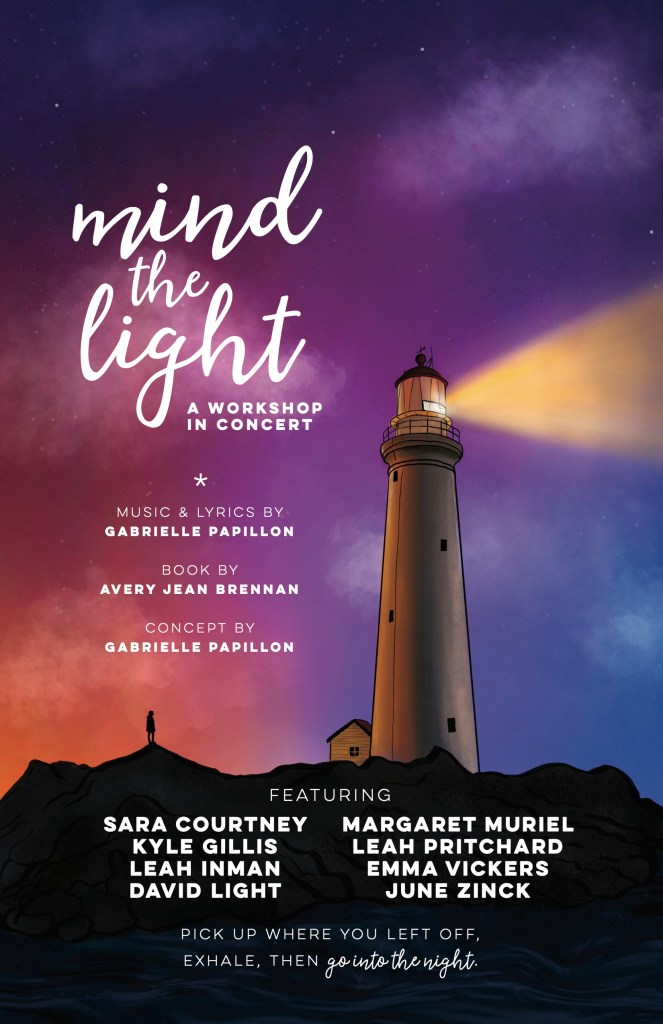 On the darkest of nights, in a lighthouse perched on a tiny, rocky island, Azélie-Eustaches Forgues is born prematurely, amidst a turbulent gale, while her lightkeeper father perishes in the storm trying to get to the mainland to fetch a midwife.

Amidst her grief, Azélie’s mother, Emilie, decides to take over the keeper’s job, assisted by her 13 year old niece Camille, and her 15 year old brother Emmet.

By the time Azélie is 15, she is performing many of the keeper duties, including rescues, and over time, she will grow famous for her many rescues, becoming a reluctant hero among the local mainlander townspeople, as news of these rescues spreads far and wide across the country. She will fall in love, under impossible circumstances. She will remain devoted to the lighthouse, and have to fight for her right to carry on minding the light, and to keep her home.

Set in the 1880s, and inspired by Papillon’s song ‘Go Into the Night’, which was based on the night her great-grandmother was born on a stormy night, the very same night, her father, the lightkeeper (Papillon’s great-great-grandfather), perished in the storm. This is a reimagining of what might have been, a queer love story, and a story about a non-conventional family finding their safe haven and their autonomy in an uncommon and isolated setting.

Mind the Light: A Workshop in Concert