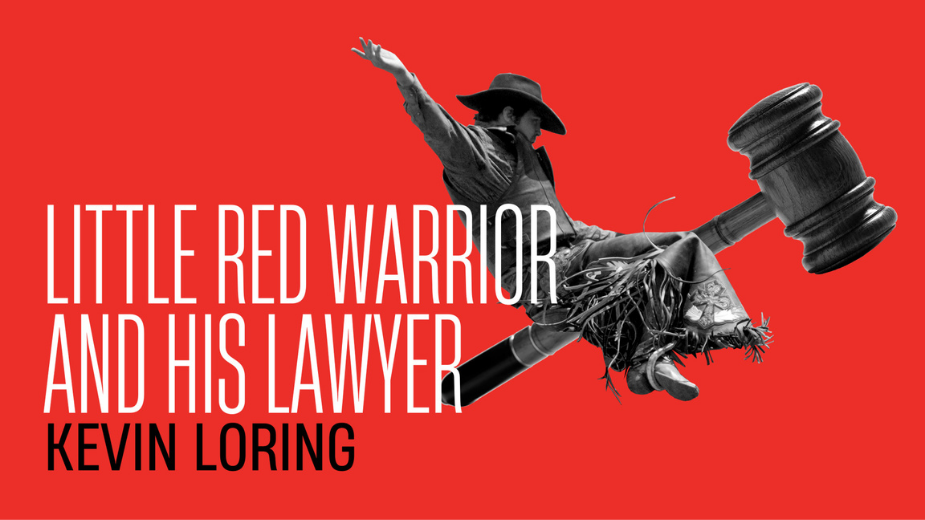 Little Red, the last remaining member of his tribe, discovers that a land development firm has violated his traditional territory. After attacking one of their engineers, he is arrested and assigned a court-appointed lawyer.

Things turn surprising and farcical—when displaced Red moves in with the lawyer and his wife. And sometimes—when you invite a coyote into the coop—he may just walk off with your chickens.

Kevin Loring won the 2009 Governor General’s Award for Drama for his play, Where the Blood Mixes (Belfry 2010), and was nominated for the same award in 2019 for Thanks for Giving.

Why I Chose This Play

I saw a reading of this play—and loved it—at the 2019 Talking Stick Festival in Vancouver. Kevin and I started talking that night about premiering it at the Belfry. After a year-plus of COVID postponements—here it is at last!—in all its edgy irreverence and hilarity. – MS

Little Red Warrior and His Lawyer