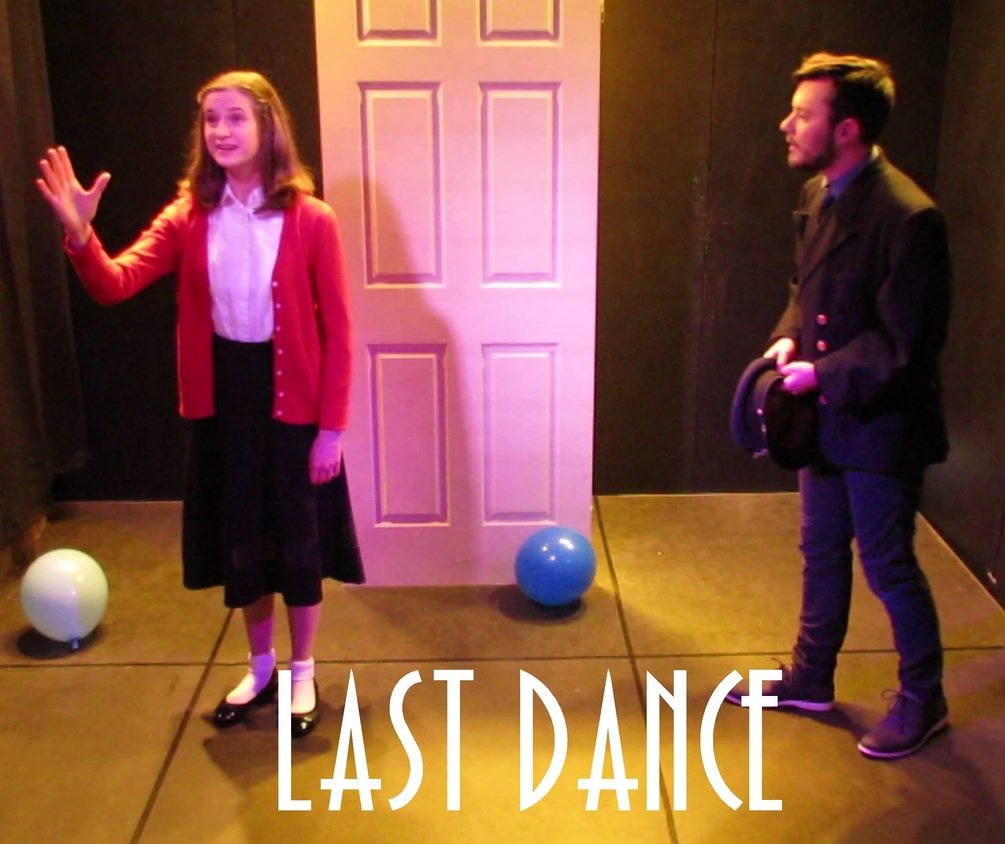 Actors are paid for their artistic investment. Supported by the London Arts Council  through the City of London’s Community Arts Investment Program.

SHOWS AVAILABLE NOW
“Last Dance” is a short play (8 min) that first appeared at the InspiraTO Festival, Toronto in 2017 and later on several other stages. It was included in the 2019 London Fringe Festivals show, Reunited Shorts, written by Len Cuthbert, and received a raving review in The London Free Press and has since been published by Dramatic Publishing (bit.ly/2TFoUqM). Features actors Fynn Cuthbert (www.FynnCuthbert.com) and Haley Kriz (www.HaleyKriz.com).

“Okay Charlie” is a short comedy (12 min) about the encounters of AI. It was to appear at the 2020 London Fringe Festival but was cancelled by you know what. Okay Charlie was featured in the September 2020 issue of Synkroniciti. Features actors Haley Kriz and Naomi Simpson.

“Death of an Epitaph” is another short new play (6 min) from the collection, Faded Shorts by Len Cuthbert. Features actors Naomi Simpson and Lauryn Andersson.

Check it out at www.GarageTheatre.ca