“Into” by Dave Carley and “Punch Up” by Kat Sandler, directed by Len Falkenstein 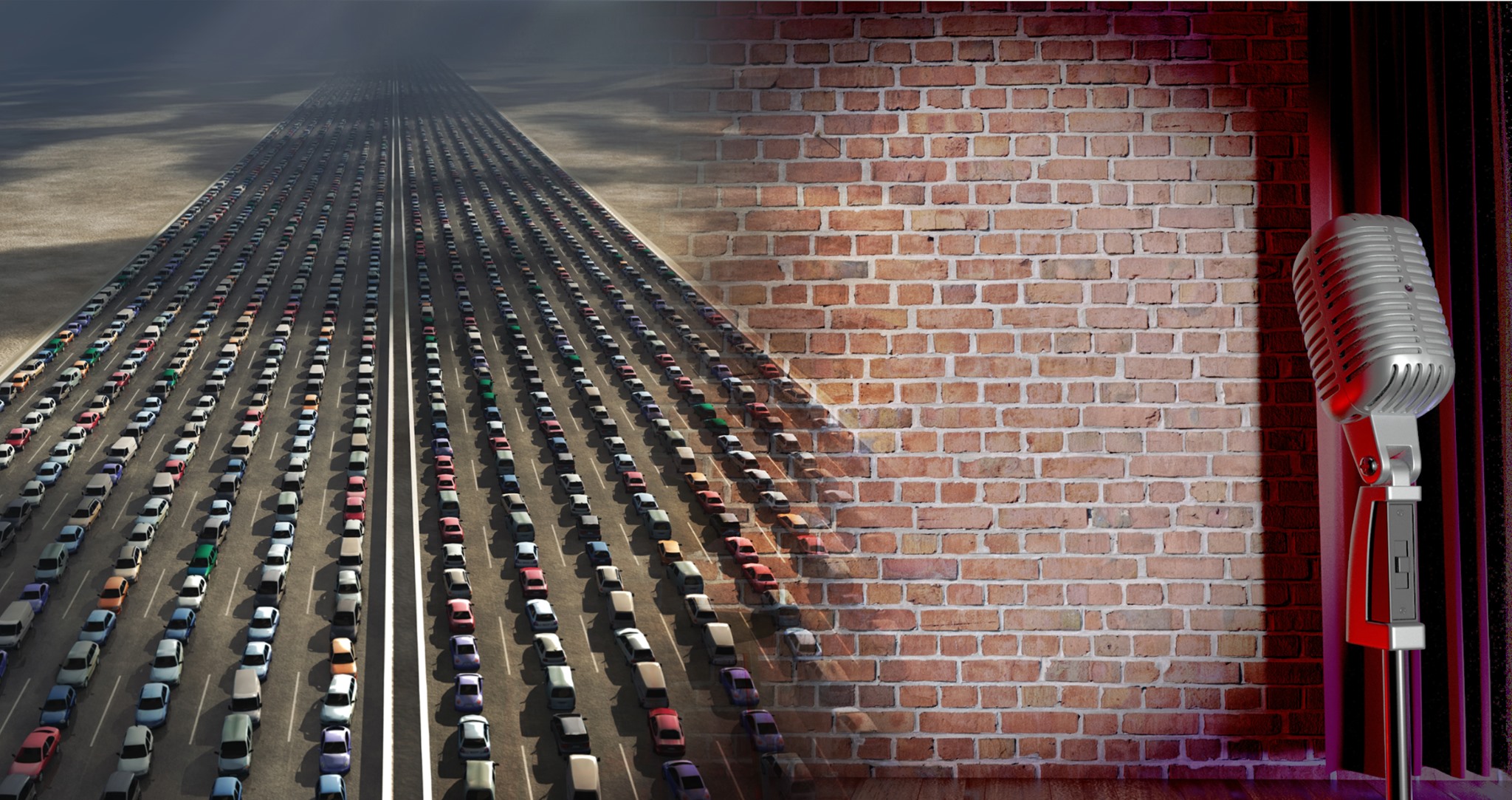 Theatre UNB is excited to announce that our first production of 2021 will be two surreal and dark Canadian comedies running in repertory, Feb. 3-13: “Into” by Dave Carley and “Punch Up” by Kat Sandler.
In “Into”, four strangers meet when they become stuck in a massive traffic jam on the outskirts of a metropolis. As the jam stretches on for days, weeks, and then months, they must overcome their differences, disconnecting from their old lives and building a new society, in order to survive.
In “Punch Up”, Duncan meets Brenda as she is about to commit suicide and strikes a deal with her: if he can make her laugh, she won’t kill herself. But Duncan isn’t funny, so he kidnaps washed up comedian Pat Wallace to punch up his material. Will this truly odd couple be able to come up with a routine funny enough to stave off Brenda’s date with destiny?
Both plays are directed by Len Falkenstein, with production design by Trent Logan, and performed by senior students in UNB’s Advanced Drama Production class, Drama 3170.
All performances livestreamed from Memorial Hall, UNB, at 7:30 nightly, Feb. 3-6 and 10-13 with Punch Up on Feb. 3, 5, 11, 13 and Into on Feb. 4, 6, 10, 12.
https://www.facebook.com/theatreunb/
+ Google Calendar+ iCal Export