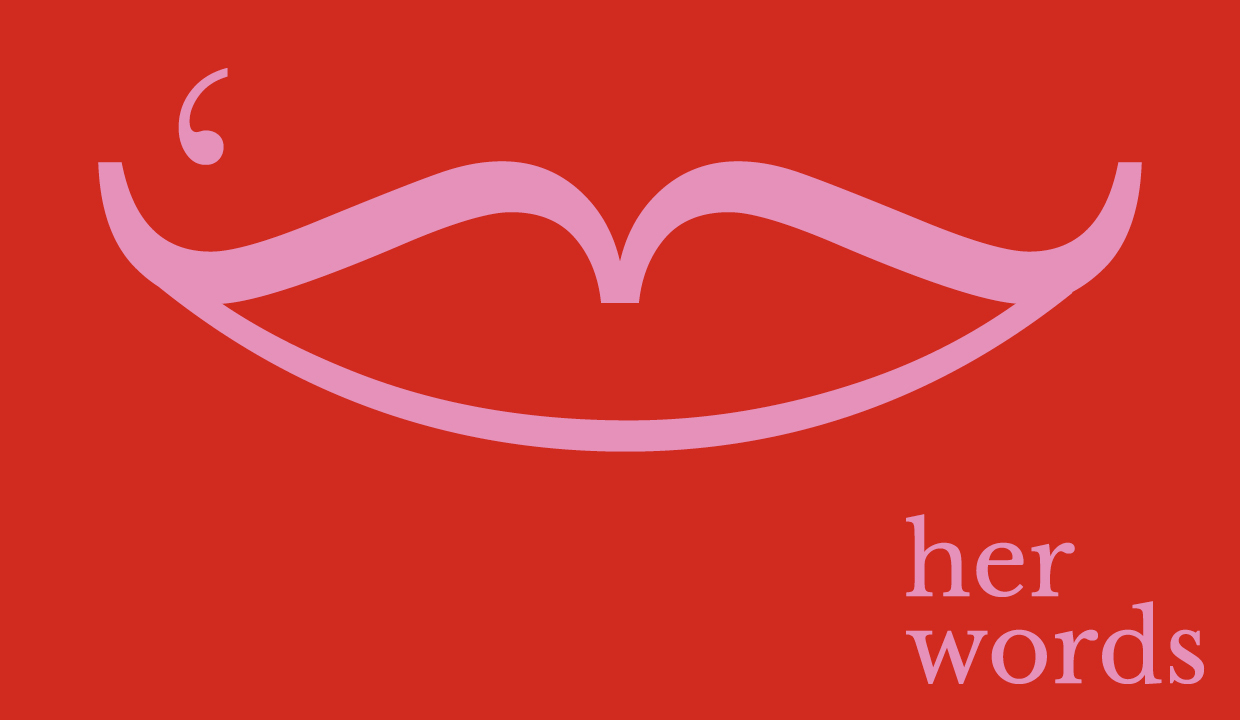 HER WORDS
A FESTIVAL OF NEW WORKS & COMMUNITY CONVERSATIONS

A hybrid, in-person and virtual festival of new works-in-progress from Canada’s most exciting female playwrights and emerging voices, as well as candid Community Conversations with industry leaders. Her Words puts women front and centre, discussing the future of playwrighting from the female lens.Events with PGC Members:

NEW WORK SHOWING: WILD WOMAN BY KAT SANDLER
Saturday, October 16 at 7:00PM
In Person – Harbourfront Centre, Fleck Dance Theatre
This is a brand new work, and with that we invite you along for the journey from early draft to hopeful production. Due to the nature of the playwrighting process, we estimate this showing to have a runtime of 90 minutes to two hours, including an intermission.
WILDWOMAN is inspired by the true story of Petrus Gonsalvus, a “wildman” originally presented to King Henry II as a caged oddity in the 16th century, and thought to be the inspiration for the classic Beauty and the Beast fairy tale. Unlike the classic’s journey of the Beast, our story explores the beastly behaviour and scandalous relationships of three womenof the court: Kitty, the plain courtier married off to Petrus as a social experiment, Diane de Poitiers, the king’s much-older, ladder-climbing mistress, and Catherine de Medici, the hated (and feared) Queen of France. Told as a dark comedy, WILDWOMAN uses an historical lens to examine shifting notions of power, marriage, class, freedom, how we treat those who are different from us, and what it really means to be a beast.

NEW WORK SHOWING: QUEEN GONERIL BY ERIN SHEILDS
Sunday, October 17 at 1:30PM
In Person – Harbourfront Centre, Fleck Dance Theatre
This is a brand new work, and with that we invite you along for the journey from early draft to hopeful production. Due to the nature of the playwrighting process, we estimate this to have a runtime of 90 minutes to 2 hours, including an intermission.
Queen Goneril is a prequel to King Lear. Set seven years before Shakespeare’s masterpiece, Shields focuses on Lear’s three daughters as they try to survive in their father’s unruly home. Goneril is a natural-born leader in a man’s world trying to prove that she is ready to govern. Regan pushes at the limits of her freedom. Cordelia is fed up with trying to keep the peace. Throughout, the sisters struggle to care for one another and carve out a future for themselves in a patriarchal system that was not built for them. In placing the sisters at the centre of this story, Shields works to challenge the authority and dominance of the original play and deconstruct notions of patriarchy and power. She wants to complicate these dismissible characters in order to stake out a place for the silent women of the past so that we might draw a line from those stories to our lived experiences today.

NEW WORK CONVERSATION WITH HANNAH MOSCOVITCH
Friday, October 22 at 7:30PM
Online
A hipster feminist brainy riff on a Harlequin romance. Who is the woman on the cover of all Harlequin romances, having her bodice ripped off by some tall, dark, and handsome man? As a young girl of 13, while boys were stealing their dad’s porn collections, Hannah Moscovitch and her friends would go to the Shoppers Drug Mart and buy Harlequins and candy with their allowances, and read them on her bed together. For them, it was hot and taboo, like pornography. In her story, Hannah will deconstruct the woman on the cover, slipping in and out of staging a Harlequin romance, adoring and satirizing the form at the same time.

COMMUNITY CONVERSATION: INTERNATIONAL PLAYWRIGHTS
Saturday, October 23 at 1:00PM
Online
Verna Myers, coined the phrase, “Diversity is being invited to the party. Inclusion is being asked to dance.” This metaphor for inclusion, however, assumes a static power relationship. Someone else does both the inviting and the asking to dance. Has the theatre’s awareness of inequality resulted in any significant changes to the industry in your country or region over the past few years? Has this affected your work in any significant way? What do you imagine can be done to achieve greater diversity, inclusion, and a genuine sense of belonging by everyone in attending the celebration?
Moderated by: Djanet Sears

FRESH INK – LIVE
Saturday, October 23 at 3:00PM
In Person – Young Centre for the Performing Arts, Baillie Theatre
Fresh Ink is an opportunity for artists and audiences to share new work, the life blood of the theatre. This series is a chance to discover what our theatre makers are up to, what they’re thinking and dreaming about. Following nearly 20 digital readings, in this exciting Live edition, adventurous audiences can share in the creative process with emerging playwrights participating in the festival mentorship program.
Featuring Caitie Graham, Louise Casemore, Natasha Adiyana Morris, Joelle Peters