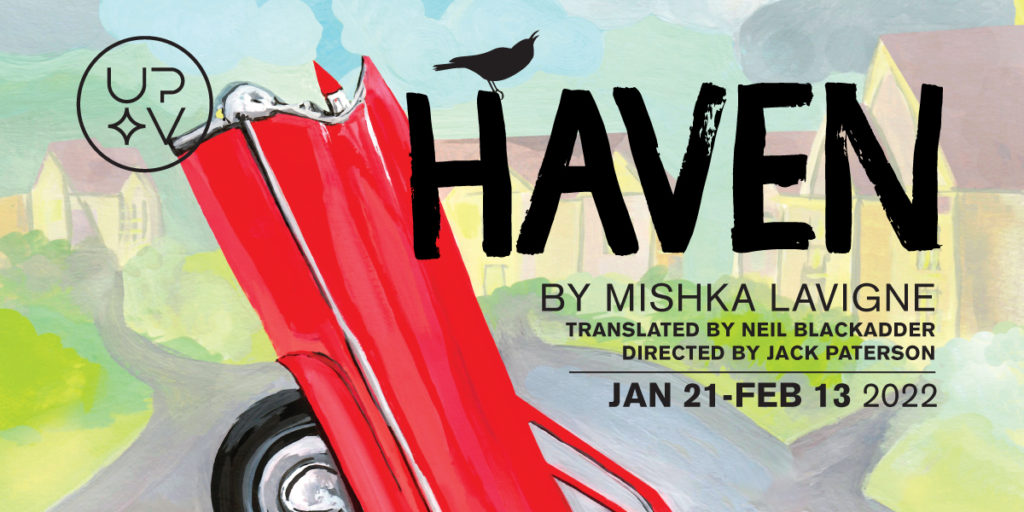 *UPDATE*
SHOW START DELAYED…
Due to some key members of the HAVEN team having to self-monitor at home, we are having to delay the opening of HAVEN for one week. The show will now open on Friday 28th January, with preview on the 27th. Those who have purchased tickets for that first week will be offered a change of date or a refund should that be desired.
Despite all, the show WILL go on, just a week later than planned!

Elise and Matt meet when a hole opens up in her road. She’s just lost her mother; he is tracing his ancestry in Sarajevo. Both are adults feeling voids concerning their parents, and they find what they need in their memories and each other. ‘Haven’ (Havre) won the 2019 Governor-General’s award for French drama, and is here produced for the first time in English.