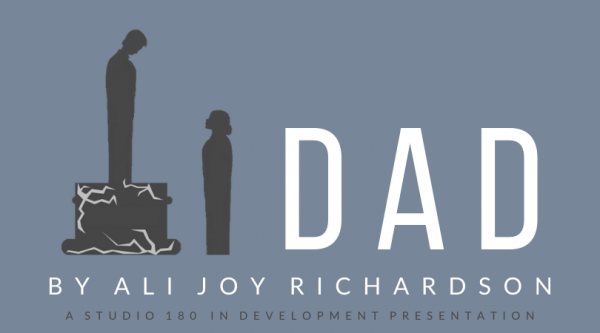 Roy, a revered theatre school teacher, falls from grace after his behaviour with a student comes to light. Mark, his past student (now colleague), has to make him understand. Vic, Roy’s daughter, desperately needs her Dad to do the right thing. Nobody’s giving up without a fight.

Dad asks us: What does true atonement look like? What comes after the fall? And can we ever learn the hardest things?

Ali Joy Richardson (she/her) is a writer and director in Tkaronto (Toronto), originally from Mi’kma’ki (Nova Scotia). She’s a past member of Nightwood Theatre’s Write From the Hip playwriting unit, has been an RBC Director in Development with Canadian Stage, and an RBC Apprentice Director with the Musical Stage Company. Her play A Bear Awake in Winter was recently published by Scirocco Drama. She’s the book-writer and director of One Deep Breath (Education Arts Canada), a trilogy of musicals about mental health for preteens which has toured to over 50,000 students since 2017. She was Artistic Producer of Toronto’s Paprika Festival from 2017-2019 (which provides professional mentorship and showcasing to young artists). Her current projects include: two solo plays (The Woman in the Wall, about a medieval female mystic, and Mall Santa, about a mall Santa) and developing Believers, a new musical about a Catholic youth group with composer/co-lyricist Kevin Wong. Ali has been an instructor and guest director at Sheridan College, Randolph College, and George Brown College. www.alijoyrichardson.com