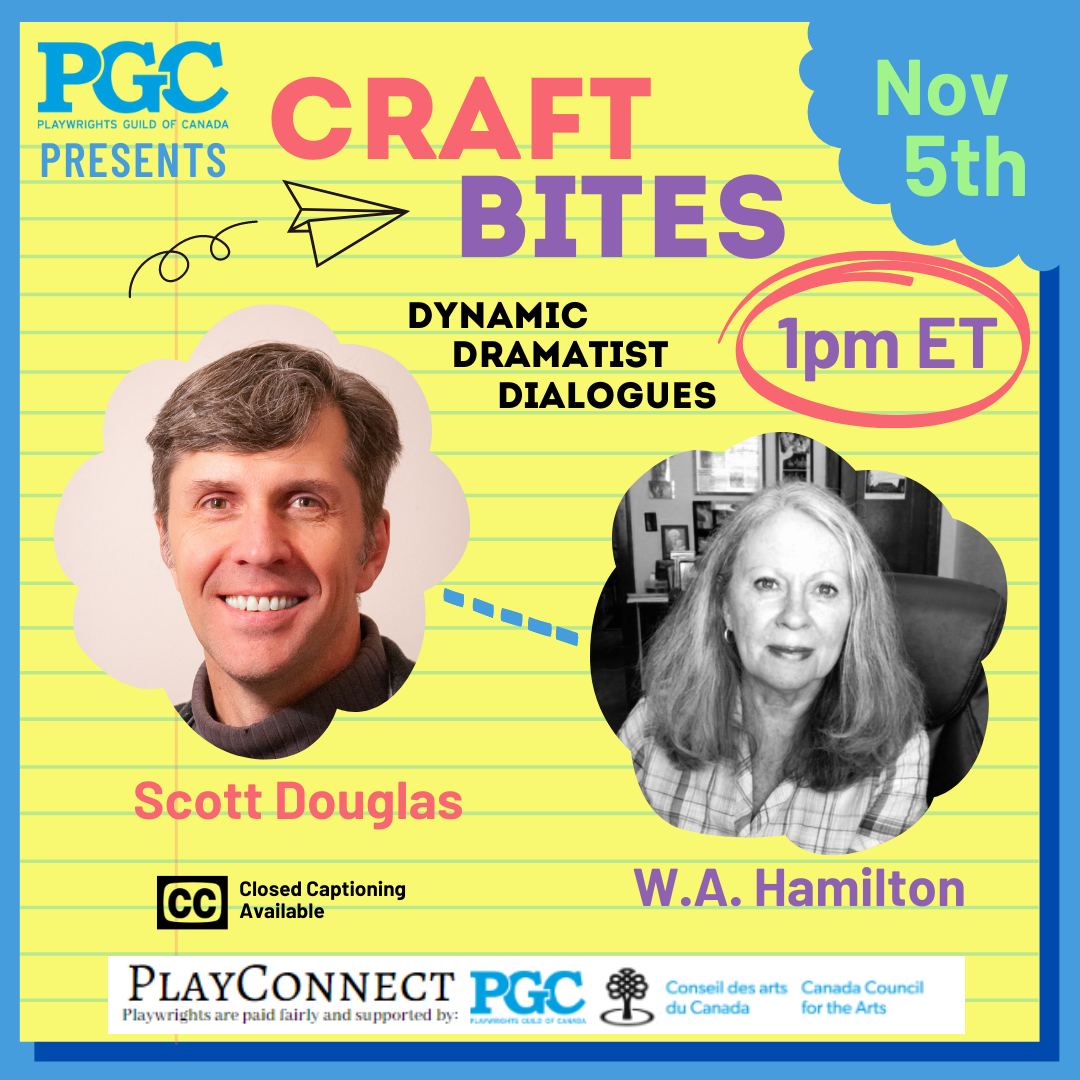 W.A. Hamilton
Wendy lives in her hometown of Sault Ste. Marie, in Northern Ontario, a place she describes as the vortex between the regional theatres of Sudbury and Thunder Bay but the inspiration for much of her art. She spent several years in the Atlantic provinces where she was fortunate to be part of the formative years of PARC, participating in playwrights colonies in Fredericton, Sackville, Halifax and P.E.I. Her theatre company, Theatre in Motion, produces original works, often in found spaces. Play titles include, “Bellies, Knees and Ankles”, “From the Journals of Harvand Cole” (a road play set on the Trans-Canada), “MindLands” (which premiered as a one man mixed-media production at Theatre Aquarius) and “The Lions and the Lambs”. Her primary focus over the past decade has been writing and producing short plays drawn from the rich history of the Great Lakes area for municipal events and the tourism market. “Patsy and Joe” is a work in progress and a return to a full length work of fiction for the stage. It explores the relationship between a wealthy recluse and his live in companion who is charged with portraying the people from his life.