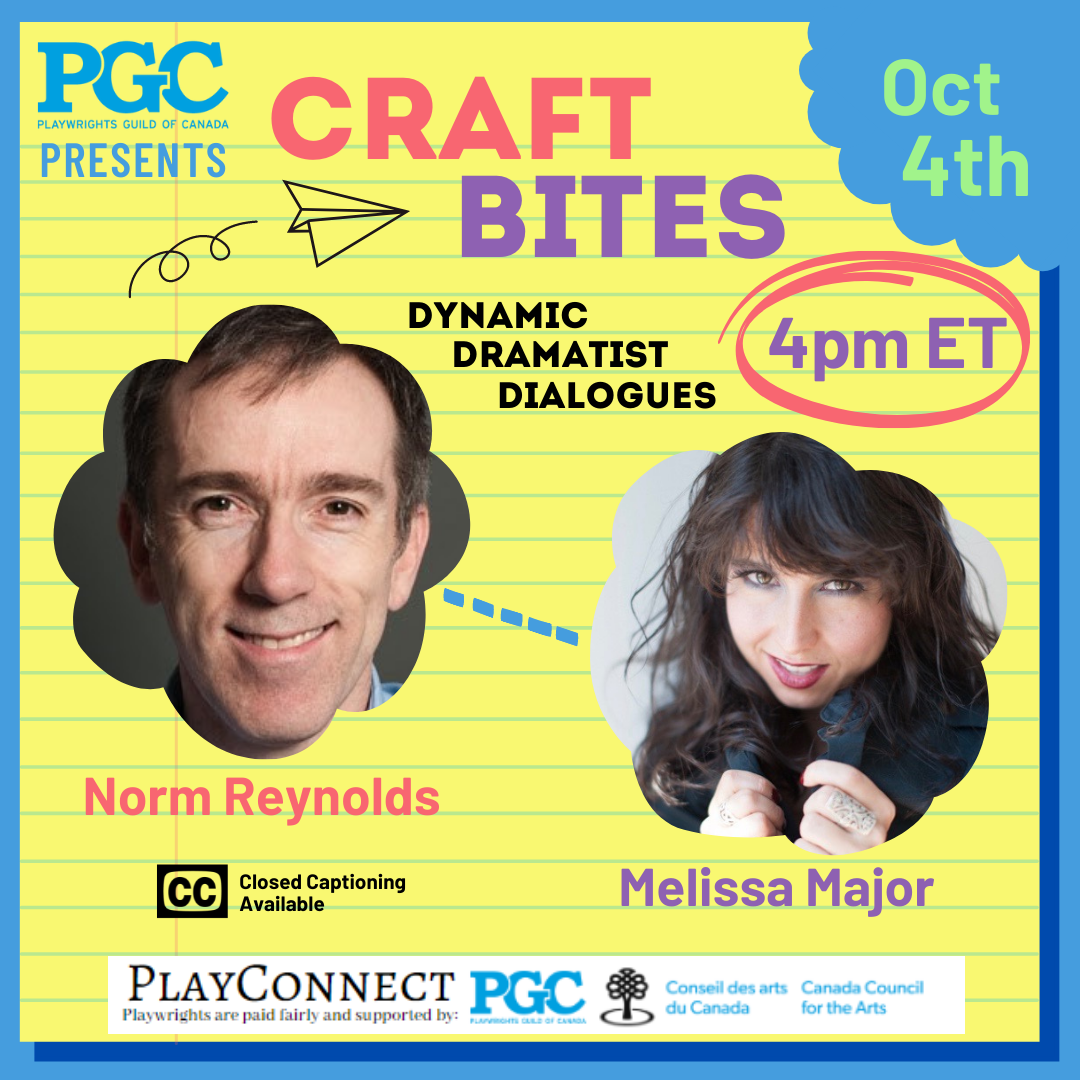 Melissa Major
Major has worked on about 100 stage productions as a playwright, director, performer, stage manager, producer, designer and aerialist. Her shows have been produced across Canada and the USA, India, Hong Kong, Dominican Republic and Nicaragua. She has a degree collection including B.A.s in Theatre & Psychology, a B.Ed in Fine Arts Education from York University, and an M.F.A. in Creative Writing from University of Guelph. Now Magazine has called her work visually stunning, expertly executed, dazzling and entertaining.

Norm Reynolds
“The October Crises” is slated for the Toronto Queer Theatre Festival. Reynolds’s script “Gay Positive” was short-listed for the Short & Sweet Festival (Sydney, Australia). “Two-Hander” played at the inaugural Newmarket National Ten Minute Play Festival. A hit at the first Summerworks Festival (CBC Radio, NOW Magazine), “Put Up Your Hand” was most recently performed by the author in Toronto at the Red SandCastle Theatre. Reynolds’s “The Good-bye Play” was staged at the Playwrights of Spring Festival and at TheatreStarts (Aurora, Ontario); it was originally workshopped at the Humber School for Writers with Edward Albee. Reynolds has published short fiction in the United States and Canada, and book reviews in the Canadian national press. He is a thirty year member of the Playwrights Guild of Canada.