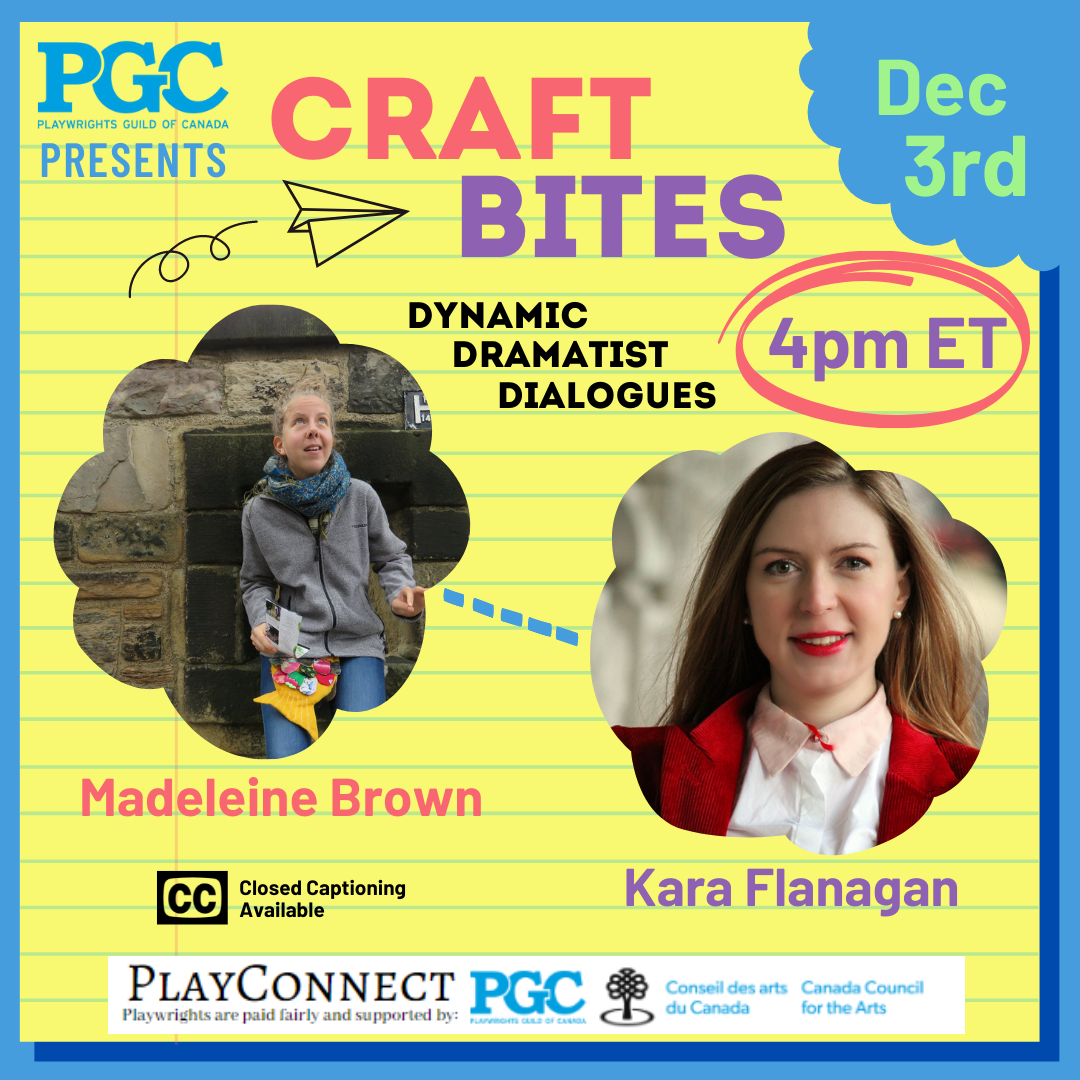 Madeleine Brown
Madeleine Brown is a Toronto-based playwright and actor who grew up between Peterborough, Ontario and Edinburgh, Scotland. Her last three comedies debuted at the Toronto Fringe Festival including a sold-out run of Patron’s Pick winner, “Everyone Wants A T-Shirt!”. She has received NOW Magazine Awards for Outstanding Ensemble and Individual Performance, is an alumna of the Loran Award, and was an inaugural Nightwood Theatre Young Innovator. In 2020, she was named one of two recipients of The Ellen Ross Stuart “Opening Doors” Award. Madeleine volunteers with L’Arche Toronto and plays euphonium in the Swansea Community Concert Band. She also serves as Theatre Direct’s Associate Producer.

Kara Flanagan
Kara Flanagan is a Canadian artist and an emerging playwright. She is a co-founder of VADARTS and Theatre Carpe Diem. Her interest in playwriting began when she studied acting in New York and was further immersed in theatre while living in London studying at the London Academy of Music and Dramatic Art. Kara is currently pursuing a PhD in Education Studies at the University of Victoria. She is a Canada Council Award winner.