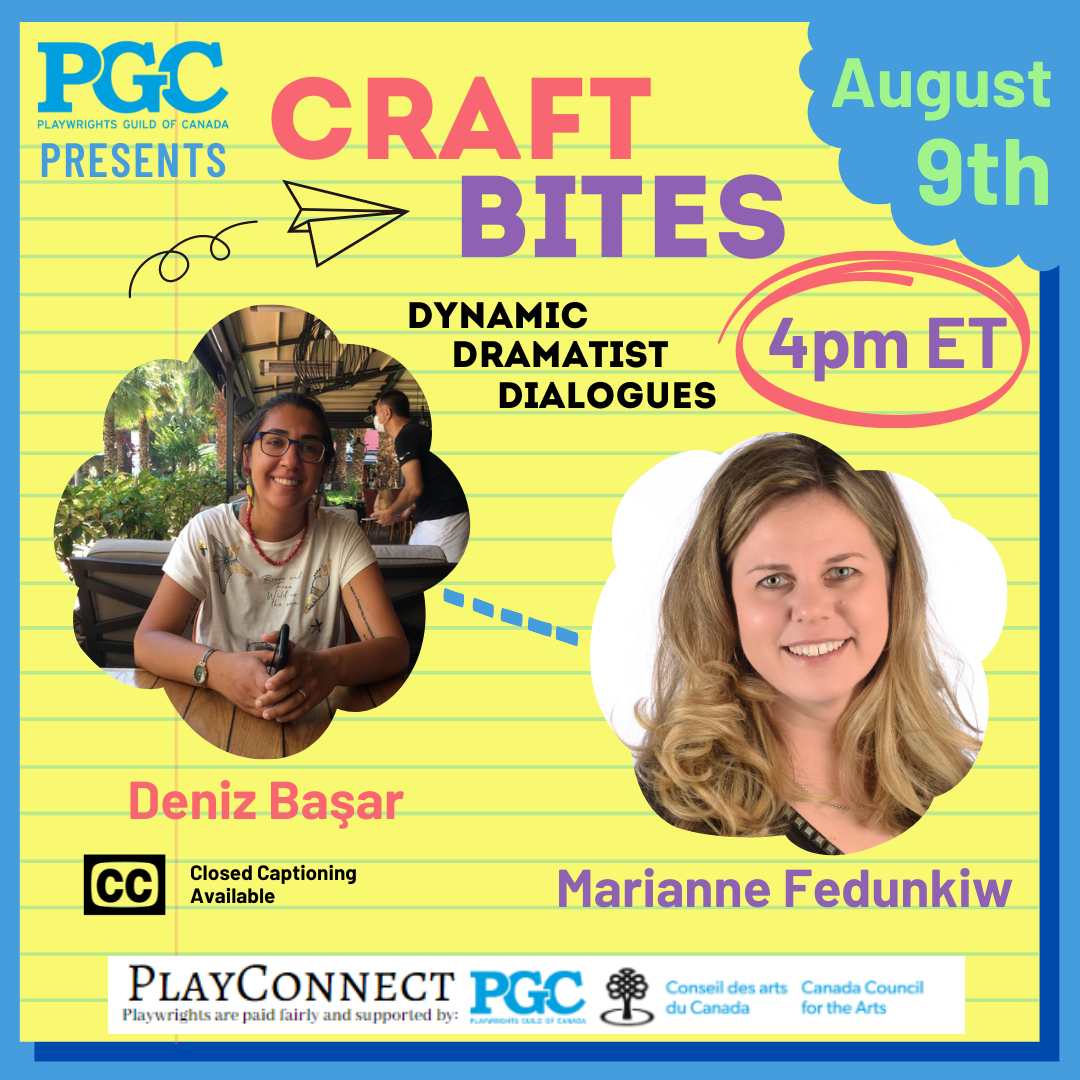 Deniz Başar
Deniz Başar is a theatre researcher, puppet maker and two-time national* award-winning playwright from Turkey. In 2014, she received one of the most prestigious playwriting awards in Turkey (Mitos-Boyut theatre publishing agency’s annual contest) for her play ‘The Itch’, which was published in the award winning collection of that year. In 2016, she won the Derbent Playwriting Contest, which was a collaboration project between Iranian and Turkish independent theatre artists, with her play ‘In the Destructible Flow of a Vast Monolithic Moment’, and her play was translated into Persian. This play was later performed as a stage reading in the 2019 Revolution They Wrote Feminist Theatre Festival in Montreal. She worked as a dramaturge, puppet maker and production assistant in various theatres in Toronto and Montreal between 2014 and 2020, and was awarded grants and residencies for her plays like ‘Genius to the Other’ and ‘Wine and Halva’. She finished her PhD in Humanities Department of Concordia University in 2021, with her thesis titled ‘A Dismissed Heritage: Contemporary Performance in Turkey Defined Through Karagöz’. She is currently a FRQSC post-doc scholar residing in Turkey.
* from the national playwriting competitions of Turkey

Marianne Fedunkiw
Marianne (M.P.) Fedunkiw is the author of three books including her first novel, A Degree of Futility. Her plays have been performed in the UK (Oxford University) and Toronto (Alumnae Theatre, Village Playhouse). Based in Toronto, she taught history of science/medicine and worked as a producer for The Discovery Channel.