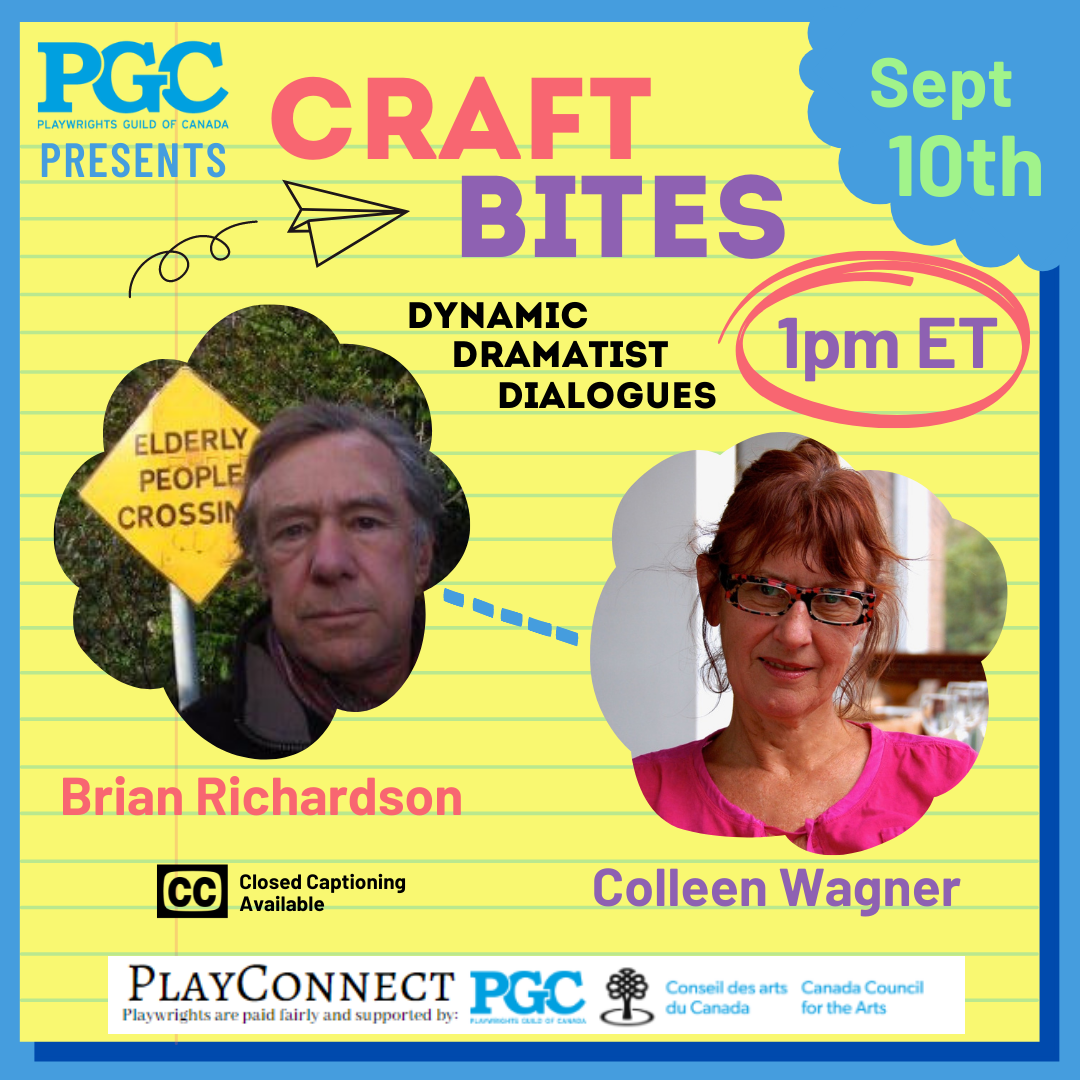 Brian Richardson
Born and raised in Dun Laoghaire, Eire. Migrated to New York State for college while living with cousins upstate. There discovered self as an actor. Taught English and Speech for a year. Migrated to Montreal and acted with Youtheatre, then to Halifax and developed in play improvisation with Spinners. Driving to Vancouver car broke down in Winnipeg and remained. Co-founded theatre collective Confidential Exchange and began writing for radio, television and stage. On a year’s return to Ireland created a music hall show for a summer run. Museum theatre a specialty as a playwright, producer, and director in a range of sites and venues.

Colleen Wagner
Playwright, educator, feminist, activist, environmentalist, gardener and avid walker, Colleen Wagner’s writing interests embrace screenwriting, poetry and short fiction. Recipient of numerous awards including a Governor General’s Literary Award her work has been translated into a dozen languages and continue to be produced nationally and internationally. Plays include, The Living, Home, down from heaven, The Morning Bird, The Monument (GG winner), Sand and Eclipsed. She was a recipient of a SSHRC research/creation grant that took her to Africa that resulted in a feature documentary film, Women Building Peace (Silver Wave Film Festival award for best documentary 2016); and an interactive website: http://thelivingplay.com/ and the play, The Living. She divided her time between Toronto and a riverside farm in NB for twenty years, was an organic farmer and environmental activist, and co-founded and was co-artistic director of NotaBle Acts Theatre Co., Fredericton NB from 2002-07. Short fiction and poetry has been published in various anthologies. She was a professor at York University and has taught numerous courses on playwriting and screenwriting at various institutions across Canada. She has three new plays and short fiction in the works and awaiting the opening of theatres.