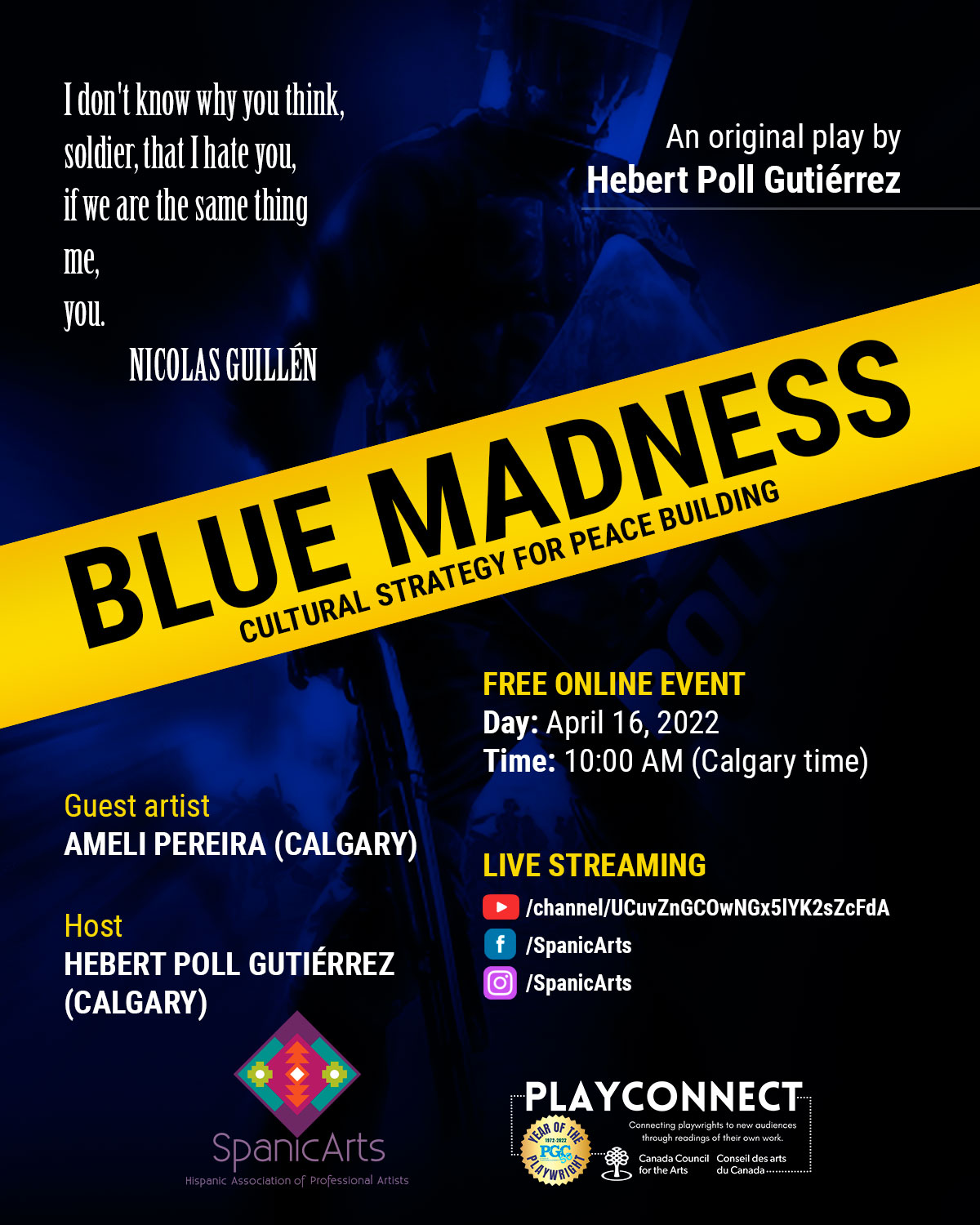 The event consists of a reading of the play Blue Madness, a play written by the Cuban Canadian author, storyteller, and playwright  Hebert Poll Gutierrez. The play is a social denunciation. A way of saying that still in the 21st century, some people still discriminate because of the color of their skin. Besides the play is a way of saying that the Cuban national poet Nicolás Guillen became a universal artist when he said: My homeland is so beautiful on the outside and so bitter on the inside.