“Black and Blue Matters – Track 1: No One Gives a F*ck About a Cop“ by Omari Newton, Black Theatre Workshop 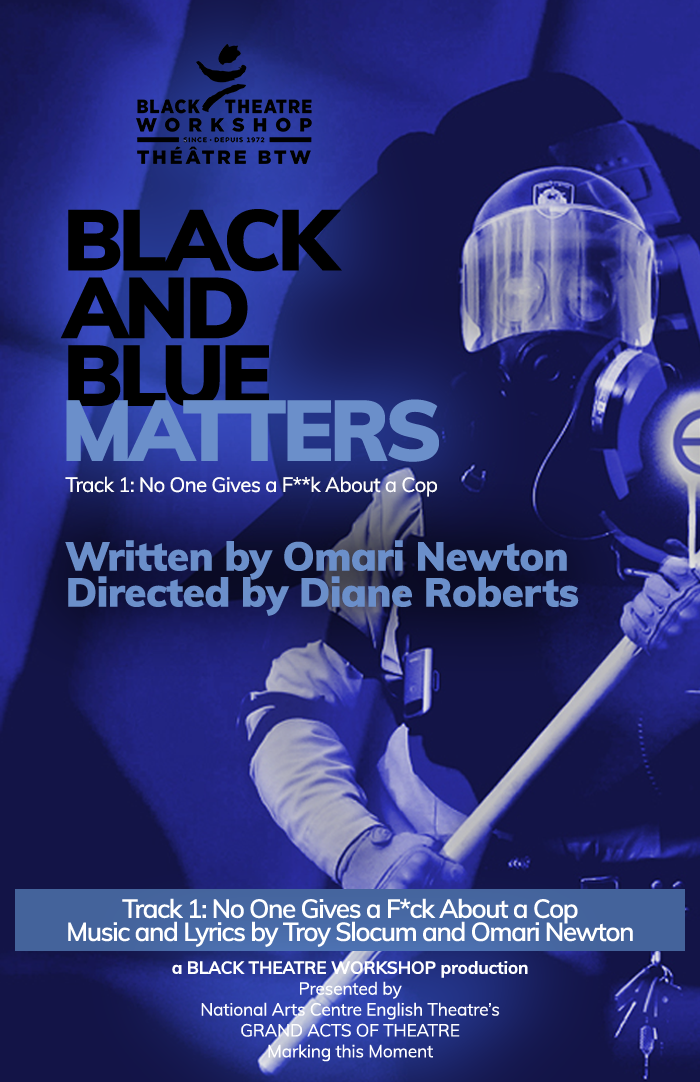 BTW’s chosen presentation for the Grand Acts of Theatre was “Black and Blue Matters – Track 1: No One Gives a F*ck About a Cop“. The play is a rap battle between Sammir Frederique, a Black teenager who was shot nine times by a police officer, and David Harrison, the white police officer who shot him. This installation performance is an excerpt from Black and Blue Matters, a satirical, interactive Hip Hop musical written by PGC Member Omari Newton and directed by Diane Roberts, that deconstructs the justice system, truth, white supremacy, and the nature of post/neo-colonial trauma. It will premiere in 2021-22 at Black Theatre Workshop, currently celebrating its 50th anniversary season.