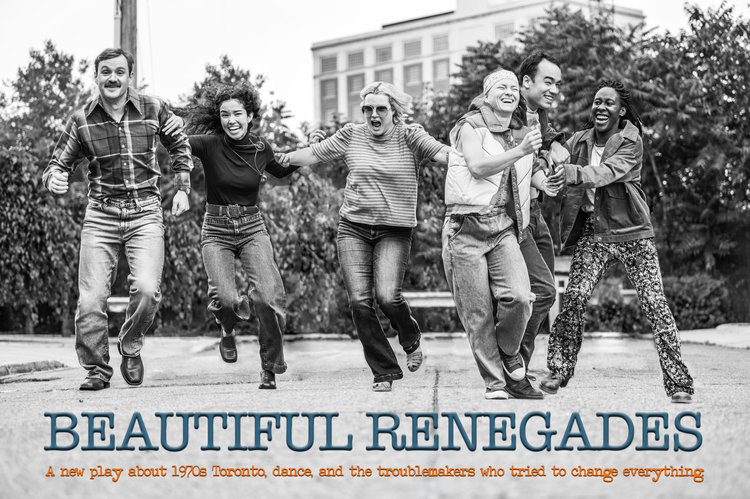 A new play about 1970s Toronto, dance, and the troublemakers who tried to change everything.

“This play is inspired by an artist-run dance centre called 15 Dance Lab that operated in Toronto between 1974 – 1980. When it first opened just two dance companies dominated the Toronto scene: The National Ballet of Canada and Toronto Dance Theatre. At 15 Dance Lab, the dancers rejected popular expectations for dance and aligned themselves with leftist politics and the avant-garde in visual and media arts. It was THE social scene for Toronto’s burgeoning independent dance milieu.” Peggy Baker

Beautiful Renegades takes us back to the time when Peggy was just starting out as a dancer; while the work itself marks the final production of Peggy Baker Dance Projects. The play runs alongside PRESENCE, a site-specific series taking place in Lisgar Park and featuring commissioned works from four next-generation dance innovators working in Toronto.

A selection of 9 dance pieces glimpsed in Beautiful Renegades have been made into a an exquisite series of films by William Yong, collectively called Choreographic Gems. Check out the Gems webpage for weekly new releases.