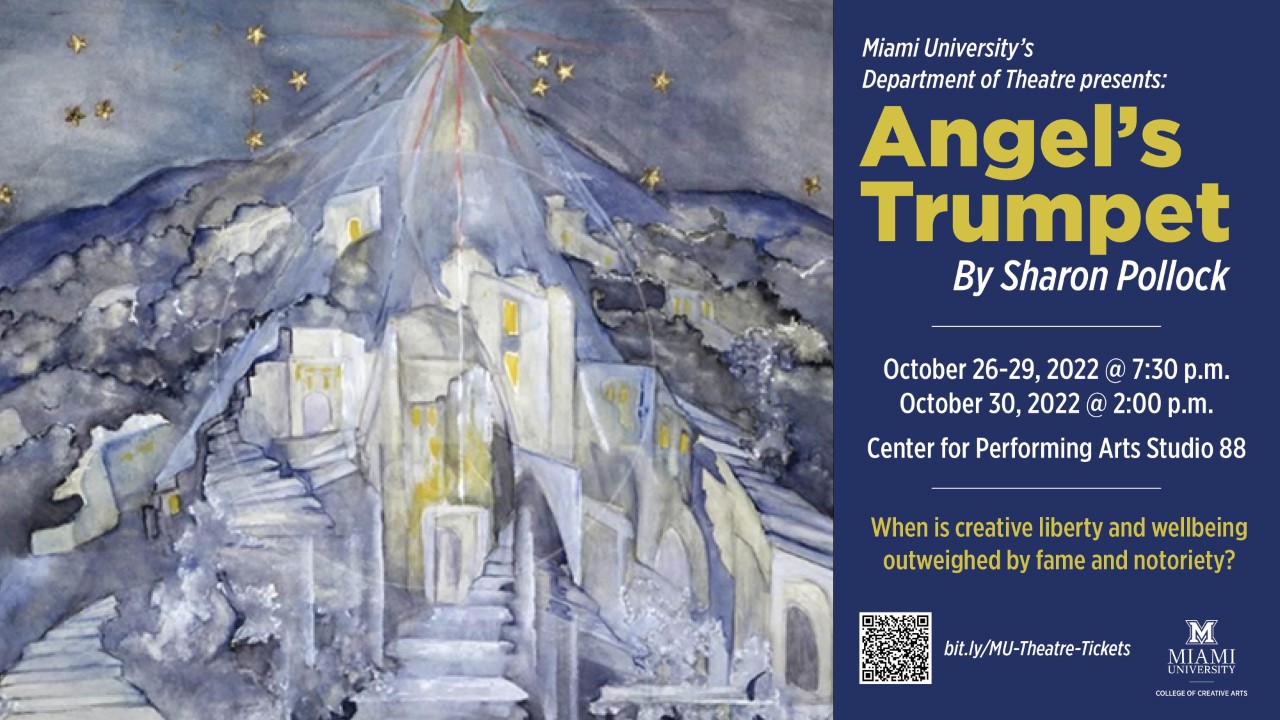 Join Miami University Theatre for Sharon Pollock’s “Angel’s Trumpet,” a performance based on the lives of F. Scott Fitzgerald and his wife, Zelda. Spend an evening in the Fitzgerald home, as F. Scott pleads to have his struggling wife committed.

Pollock began writing plays in 1967, joining the growing Canadian theater scene. Her work often features a heavy emphasis on the past, intimate familial relationships, and the connections between people.

“I think the public will really connect with Zelda’s story of fighting for creative autonomy as well as her will and fighting spirit,” said Director Charlotte Perez.

Perez is a senior studying Theatre and Social Justice from Bowling Green, OH. She was the assistant director for “Head Over Heels” this past spring and was previously the sound designer for “ONE,” “From the Many,” and “Blood Sisters” with Miami University Theatre. Perez also worked as the lead Sound Technician and a Stage Manager for Cedar Summerstock Theatre Company this past summer.

The performance will have five showings at Studio 88 in the Center for Performing Arts on Miami University’s Oxford Campus: October 26–29 at 7:30 p.m. and October 30 at 2:00 p.m. October 28th and 29th performances will also be available via ticketed live stream. Tickets can be purchased online at bit.ly/MU-Theatre-Tickets. There is a content warning for domestic violence, the use of physical restraint, and alcoholism.